Some people doubt that all Chinene (country) andesines in the market now are treated. But there exist natural color andesines in Tibet area as we seen this time. So maybe your andesines are not to be doubted to be treated.

We had a thankful chance to visit Tibet mine of andesine with the party of Dr. Ahmadjan of ＧAAJ Laboratory and others. This report is from Tibet to show that Tibetan mine has natural red color andesines.

The highest mine of feldspar in the world

The mine is located at Rikaze(Xigazê) area which is 7 hours drive from Lasa and its altitude is over 4000m. The drive showed us the grand scenery of Tibet with high mountains of granite and sandstones covered with snow. 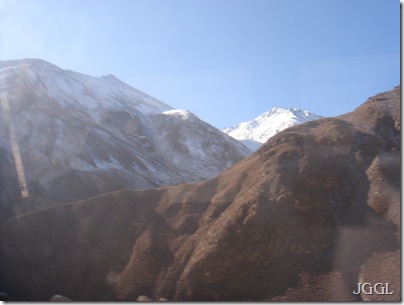 The area of mine is actually rarely visited regions. Only 60 families of local tribal people live at the root of the mine. Still the mine is operated by hands of them. 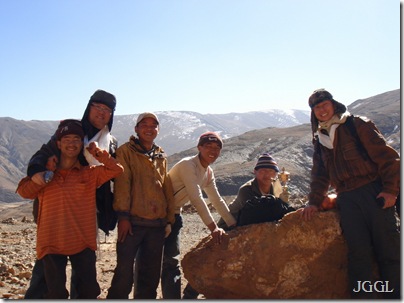 The mine is one part of huge sedimentary deposit. Even on the climb to the pit, some low quality red andesine are found on the ground. 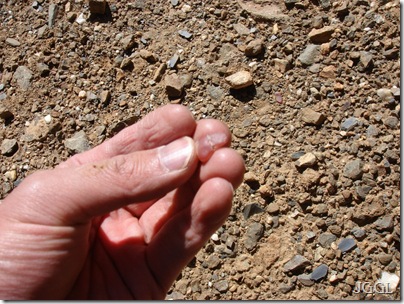 The pit is mined along the layer of sedimentary rocks. The most of the pits currently operated were dug only the surface. Once they hit the gem ore, they dig more deeply. 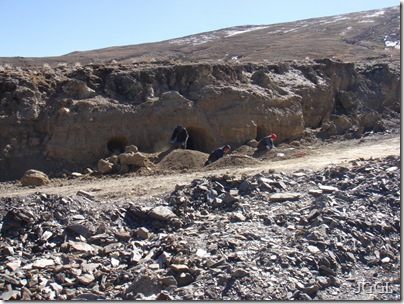 The below pit is about horizontally 4-5m deep. And the bottom of the pit, we tried mining andesines. I tried for a while but I could not reach the points. But Dr. Ahmadjan hit the point where many andesine rough born in the sedimentary soils.

The miner continued to dig the pit and hit the another large amount of andesines. 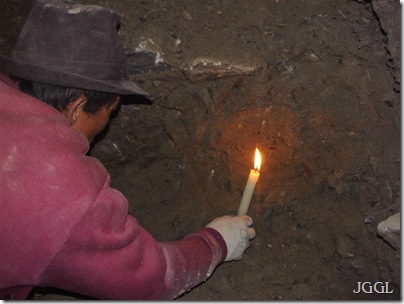 At this mine, andesines were held in the sedimentary soils and the size of roughs are up to 4cm maximum, oval planeform. Once they tried 10m deep mining, they said they got larger pieces. The shape of roughs are very rounded, which means the roughs were heavily weathered since they formed somewhere else. 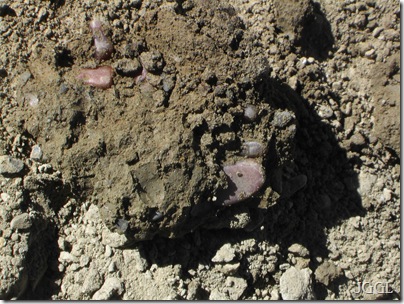 We got the many roughs from this mine. Though the most of them are not gem quality, it is enough to check in the laboratory. We will get them back to laboratory to investigate. 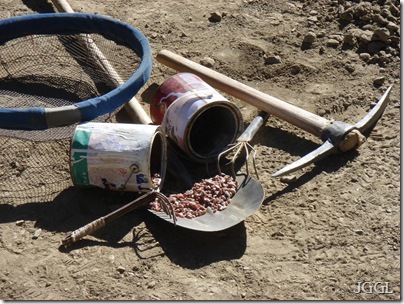 The history and current production situation of andesines from Tibet 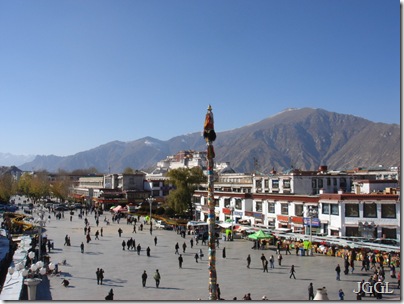 In 2005, the partner of mine’s current owner, Mr. Li Tong, met the andesine at the bazaar and was fasinated with its mysterious red color. He was invited to the village and found the mine. But? what captured him was not only andesine but the local people. The people were poor but very nice to him because he admire the stone from the holy (to local people) mountain. He gradually joined the village and started organizational mining from the end of 2006 (all output are controlled since then). Still the operation is done by local people only and they do not want foreigners to come to the area. (To regard the will of local people, we would like to keep secret of the detail location of the mine.) 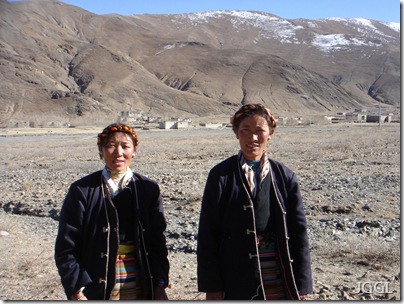 The analyzed data will reported soon on the web and on the next issue of Gem Information.